In the state of California, defamation is defined as an untrue statement that hurts someone and/or their reputation.

Many who have said, written, gestured, or communicated things can sometimes be accused of making defamatory statements and have been threatened with a lawsuit or have been sued and The Law Office or Ryan T. Darby are here to help.

The statement has to fit into these requirements to be considered a defamatory statement:

The plaintiff must prove the following listed above in order to file a successful lawsuit. Uttering a statement under your breath to the plaintiff cannot count as a “third party”.

After proving it was said to a third party, the statement must have been stated as a fact not an opinion. The terms “I think” or “I believe” are opinionated statements that you have every right to not be sued for.

If the statement is true, it cannot be considered a defamation. No matter how extremely harmful the truth may be.

When you speak statements about a private figure, the plaintiff must prove that you were negligent and didn’t study up before making the statement. If the statement was about a public, then it must have ill-intention and malice behind it to show that you purposefully meant hart to the plaintiff.

The plaintiff will have to prove what injury(ies) you have caused by your statement. It could include anything from business standing to reputation.

How Can We Help You?

Let’s Talk About Your Project! 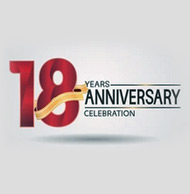